It’s that time of the year again when raging crowds of sales-crazed people ravage one another for the latest and greatest deals of the holiday season. With Black Friday on the way, it is important to be properly equipped for every possible worst case scenario.

Believe me when I say Black Friday shopping is not for the weak.  To get the most out of your shopping experience it is necessary to be physically and mentally prepared. Not everyone realizes this, but when you’re waiting outside of Wal-Mart at 4 in the morning you start to get this overwhelming frenzy that turns humans into animals. The proof is in the videos of soccer moms, nurses, and everyday good samaritans brawling in aisle 8 for a cheaper waffle iron. Remember that you are not fighting for your life, it’s just a sale.

No children beyond this point

Do not be that person who brings their kids to Wal-Mart on Black Friday. Bringing your child with you is the equivalent of sending them into the hunger games, except instead of fighting off 23 other kids they’re fighting off hundreds off brainwashed zombies. Kids are not physically capable of participating in Black Friday shopping. They’re smaller so they will get trampled and they will also get very tired so you will have to carry them. You wouldn’t send a child to war, don’t take them Black Friday shopping.

Every year people crowd around a set of marked-down TVs like a flock of seagulls to a fish out of the water. Needless to say, it’s more than likely your feet will be stepped. Wearing shoes while shopping on Black Friday is not only common knowledge but is for your own safety. It also makes it a whole lot easier to charge through mobs with a comfy pair of shoes rather than wearing rubber slippers. Also, avoid wearing loose or drapey clothing, because people won’t notice whether or not they’re stepping on your new dress. Instead, wear something more close-fitting like jeans and a jacket.

Shopping by yourself on Black Friday will only lead to failure. Ideally, you want to go shopping with at least four people. You will want to choose people who are taller so they can see above the crowd, and people who can easily lift heavy boxes. One person should guard the cart, two people will infiltrate the hordes of shoppers, and the last person will map out the best way to get to the next aisle.

Do your research on what is going on sale and how many of that you actually need. People go absolutely insane during sales, they see something that’s cheap and they buy enough of it to last a year. You don’t want to be that person who argues with a stranger over a toaster that you don’t actually need.

The early bird gets the worm

I’m sure that everyone knows that to get ahead of the hundreds or thousands of other shoppers you need to get in line super early for Black Friday. Some stores like to start the festivities early and will sometimes open the night before. Do your research on the stores you really want to visit before you miss the opening hours. You might also want to get there an hour before they open so you have time to park your car and brief your team on the game plan.

Black Friday isn’t just an annual tradition, it’s a sport. Like every sport, you should prepare yourself prior to entering the arena or you else will lose. In this case, you’ll get stuck with the leftover junk that nobody else wanted. If you’re not up for the craziness of Black Friday, there’s always more sale on Cyber Monday. 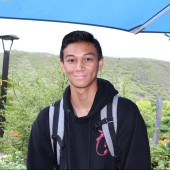 WOTS: Crying from a Movie How Volunteering Changed My Life