Review: Looking Back at the Rodney King Riots With ‘Twilight: Los Angeles’

It is no secret that there has been civil unrest across the country over the past year.

The Armed Conflict Location & Event Data Project (ACLED), a disaggregated data collection, analysis, and crisis mapping project, recorded more than 10,600 demonstrations across the U.S. between May 24 and Aug. 22 in 2020. Most of them were connected to the Black Lives Matter movement. The surge of these protests can be traced back to the murder of George Floyd on May 25, 2020. The fact that nearly 95% of these protests were peaceful is admirable. But the recent killing of Daunte Wright by a police officer, just 10 miles away from where Floyd was killed, has also inflamed tensions and sparked more protests, according to CNN on April 15.

Unfortunately, nearly 30 years ago, one particular demonstration littered the streets with debris and destroyed the livelihood of people living in America.

In 1992, four Los Angeles police officers were acquitted of a beating of black motorist Rodney King in an attack that was videotaped. The outrage at the verdict led to the riots that lasted six days, resulted in 63 deaths and was only ended after the California National Guard, Army and Marine Corps established control.

NPR reflected with a 25-year anniversary review published on April 26, 2017. It reported that, “More than 1,000 buildings were damaged or destroyed, and approximately 2,000 Korean-run businesses were also damaged or destroyed. In all, approximately $1 billion worth of property was destroyed.” Korean store owners barricaded their shops and climbed onto their roofs carrying shotguns to deter rioters for several days.

In the midst of this chaos, Anna Deavere Smith, an American actress and playwright, conducted 300 interviews with the people — participants, law enforcement, Korean shop owners, victims, and more — who were associated with the riots. She would later work with award-winning director Marc Levin to produce “Twilight: Los Angeles.“

According to PBS in 2012, “Smith’s ‘Twilight: Los Angeles’ played around the U.S. and on Broadway. It received two Tony nominations, an Obie, Drama Desk Award, the New York Drama Critics Circle’s Special Citation and numerous other honors.” Because of the racial tension this country has been experiencing over the past year, PBS decided to feature the award-winning production on its “Great Performances” page.

This captivating one-woman performance is based on the interviews that Smith conducted. She performs as 40 of the people she interviewed, and her lines are only what the person actually said. Her performance from the perspective of each individual allows us to take a closer look at the grim reality of living during these violent riots. Smith’s portrayal of each easily distinguishable individual is exceptional and entertaining. I was curious to see how she would act out so many different characters and was impressed with her work.

One character that stood out the most to me was the Korean shop owner whose business was destroyed. She expresses the contradicting feelings the shop owner has. She wants to be happy with the people who got what they wanted, but it is hard because she lost her livelihood in their process.

I first heard Alan Watts, British philosopher, quote this proverb, “The road to hell is paved with good intentions.” Someone may mean to do well but does more harm in reality. Consider the responsibility for representing this movement. Don’t let it be associated with destruction, negative disturbance, violence, and further pain. Instead, demonstrate the future that you would like to create by being mindful of others and their needs. Make the personal changes necessary for a better tomorrow before demanding others to change. Lead by example, not just when we gather, but in everyday life through habits and commitments.

Take the time to ponder what Smith did. She made a longterm effort to allow us to see the reality of our history through the stories of the people who lived in those times. Smith was bold in willing to take a look at the perspectives of a variety of people and act them out with accuracy. We should also practice putting ourselves into the shoes of those around us as we continue in our endeavors for a kinder, more peaceful future. 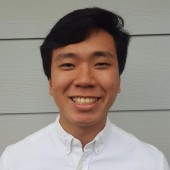 Nicklas is finishing up his AA in Liberal Arts at KapCC. He plans to transfer to Western Oregon University where he will pursue his career goal of becoming an American Sign Language (ASL) interpreter. He is easily entertained by the world around him and is always open to viewing the world through different perspectives. Nicklas can be reached at nicklast@hawaii.edu. Word on the Street: Lottery